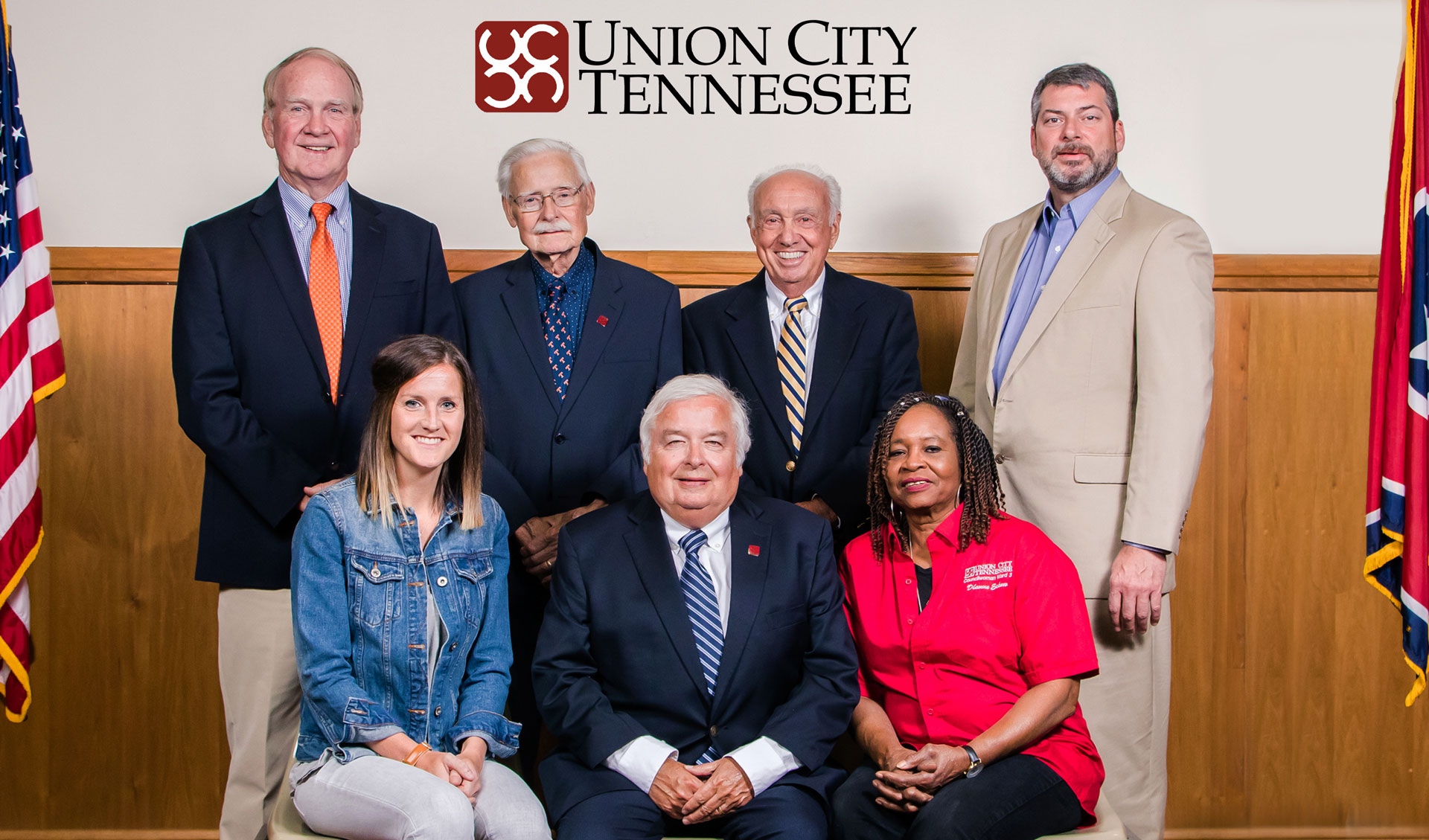 Union City, Tennessee is a Modified City Manager-Council form of Government; one of only two municipalities within the State of Tennessee to have adopted this charter. A copy of this charter can be viewed in its entirety at mtas.tennessee.edu. A copy of the municipal code can be viewed here. The City Council is made up of seven members representing five awards and two members serving at-large. Council members serve a term of four years staggering every two years with Wards 2,3,5 and one seat at-large and Wards 1 and 4 and one member at-large seat. The City Mayor is a Council member appointed by fellow Council members, serving a two-year term following each Council election.

City Council is the legislative branch of Union City. They are responsible for the adoption of all ordinances, resolutions, and policies. The Mayor serves as Chairman of all Council meetings and is the ceremonial representative of the city. A City Manager is appointed by the City Council to carry out the day to day operations of the city in accordance with the ordinances, resolutions, and policies adopted by Council. Council meetings are held in Council Chambers of City Hall at 5:30 p.m. every first and third Tuesday of each month. City Hall is located at 408 S. Depot Street, Union City, Tennessee 38261. The public is welcome and encouraged to attend any and all meetings. If special accommodations are needed to fully participate in any city meeting, please contact City Hall at 731.885.1341 for special assistance. 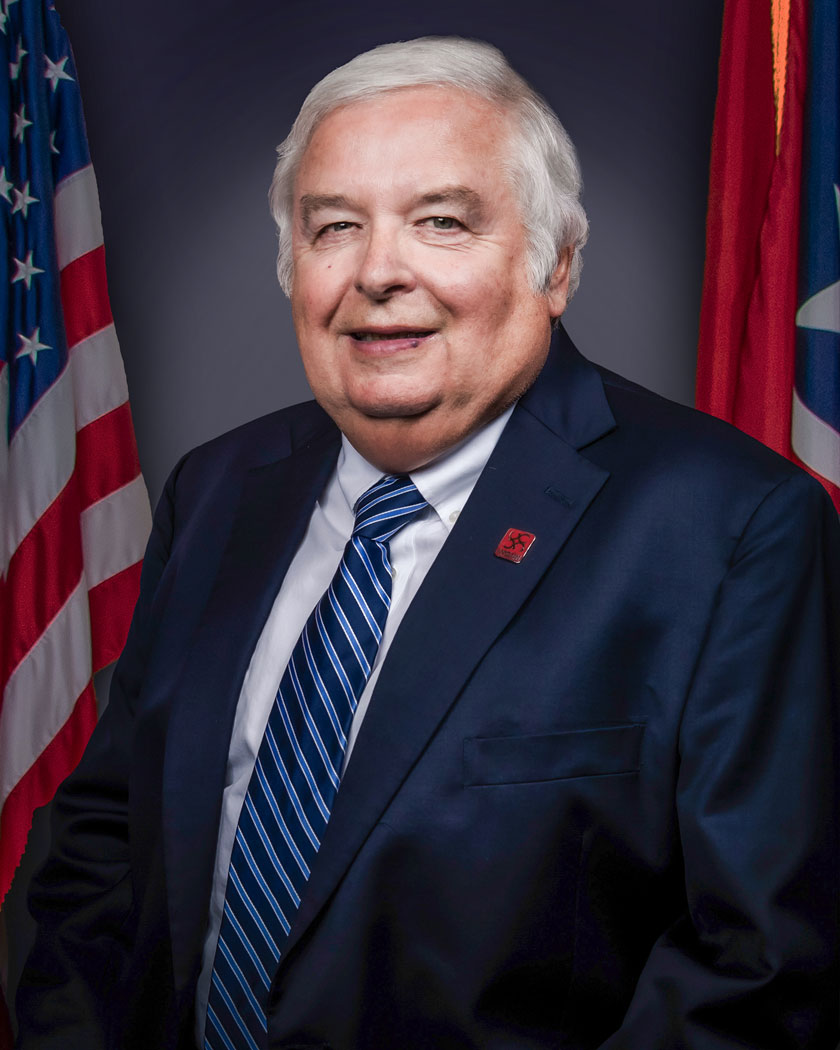 Terry Hailey was first elected as Councilman-at-Large in 1984 and has been appointed as Mayor each term since 1988. He was raised in Troy and at Englewood Lake near Union City. He graduated from Obion Central High School in 1967 and from the University of Tennessee at Martin in 1971. Terry went to work in the broadcasting business in 1967 and retired from WENK, Inc. in December 2017 after 51 years with stations in Union City, Fulton, Paris, and Dover. Mr. Hailey also taught school at Obion Central for three years and was an adjunct instructor in speech at UT Martin for 35 years. Hailey is a Past-President of the Union City Jaycees, Past President of the Union City Rotary Club, and Past President of the Tennessee Association of Broadcasters. He currently serves on the Board of Directors of the JEDC, the Union City Regional Planning Commission, the Obion County Fair board of directors, and the Discovery Park of America Board of Directors. Hailey and wife Mitzi have three boys and one grandson and enjoys fishing and spending time on his boat 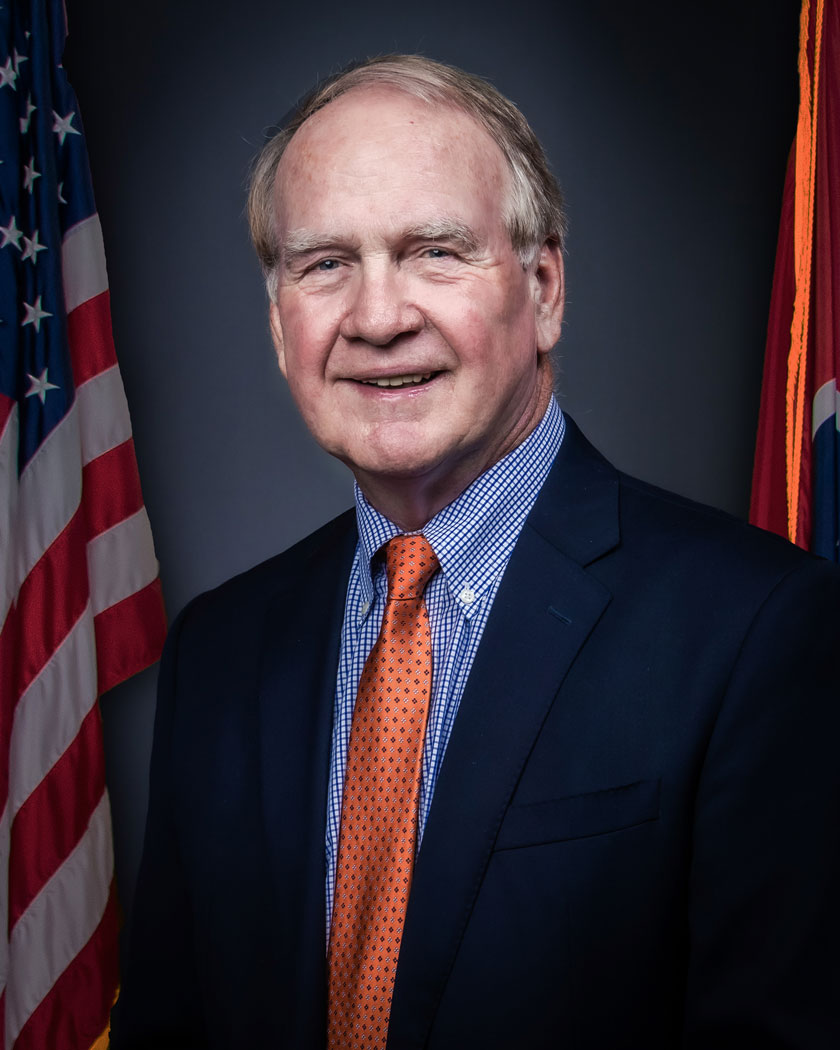 Elected in 2016, Mr. Barnes has been a resident of Union City since 1975. A graduate of UT Martin with both a BS and MS degree. Retired after 28 years as an educator, administrator, and coach at Union City High School. Following retirement, Mr. Barnes spent eight years at UT Martin as Director of Football Operations and three years in insurance business in Obion County. He is a member of UCHS, UTM, and the TSSAA Hall of Fame. In 2013, the Union City Board of Education dedicated the football field in his honor. He is a past President of the Tennessee Athletic Coaches Association as well as having received a Distinguished Service Award from the TSSAA. He is a past President of Obion County UT Alumni Association. He is a past President and Paul Harris Fellow Award recipient of the Union City Rotary Club. He has also served on the Union City Planning Commission. Randy currently chairs the Union City Rotary Relay committee, serves on the Board of Directors for the Obion County Chamber of Commerce and on the Board of Directors of the Obion County Industrial Development Corporation. He is a member of the First United Methodist Church in Union City where he teaches an adult Sunday school class and has chaired the Pastor Parrish Committee. Wife, Sharon, is retired after 41 years of teaching in the Union City School system. They have two children and three grandchildren. David and Anna Laura are both graduates of Union City Schools and reside in Jackson, Tennessee. 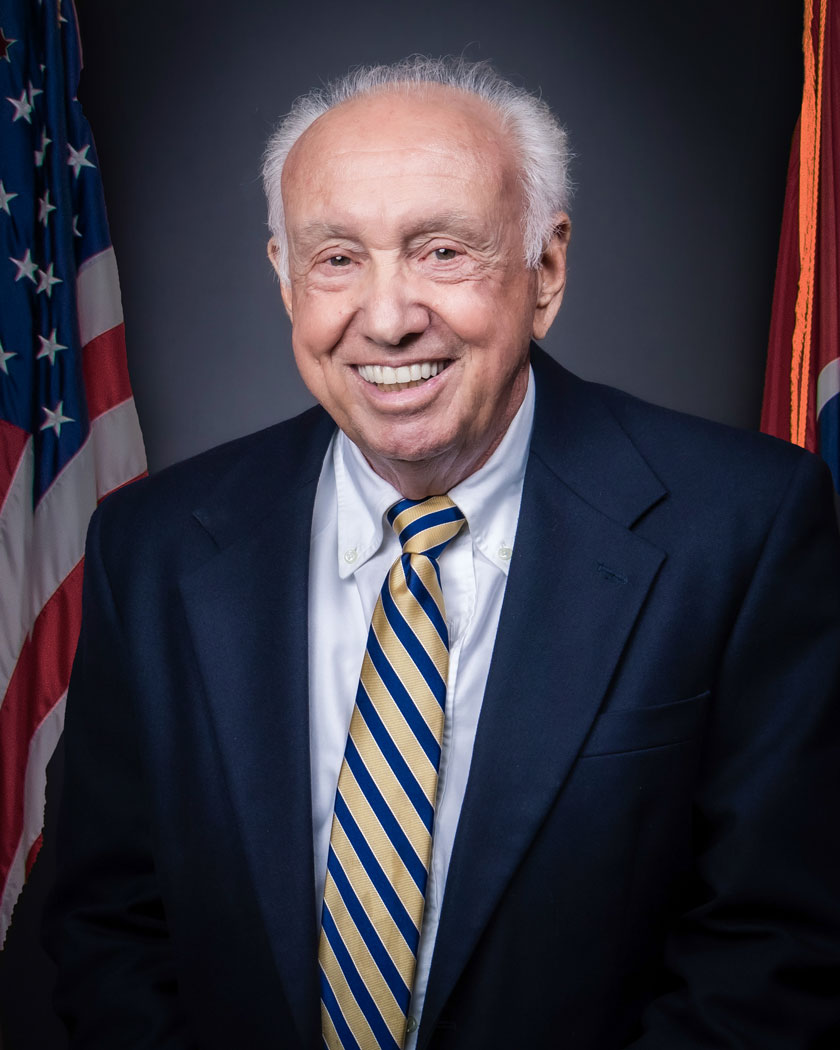 Jim Rippy is a life-long resident of Union City, Tennessee. Graduating from Union City High School, Mr. Rippy participated in football, basketball, and track. Jim went on to Graduate from the University of Tennessee, Knoxville with a degree in Business. Mr. Rippy has spent his adult life serving Union City through the Jay Cees and Union City Rotary Club. He ultimately served as President for both organizations, becoming a JCI Senator and a Paul Harris Fellow. He also served as President of the Obion County Chamber of Commerce, the Union City Rotary Relays, Union City High School Hall of Honors, Obion County Fair Association, Tennessee Association of Fairs, Union City Babe Ruth, and the Union City High School Booster Club. Jim also served as an Obion County Commissioner and is currently active in the Obion County Economic Development Corporation. Mr. Rippy has coached girls’ softball, umpired both Little League and Babe Ruth before becoming a TSSAA High School official for 15 years in football, baseball, and basketball. He is also the past recipient of the distinguished Pride of Obion County award. After working in his family-owned business, Jim worked for 33 years as General Manager for Union City Insurance/Westan Insurance Group. He retired in December 2012. January 2013 Jim became the President/CEO of Discovery Park of America until his retirement in December 2018. Married to his wife Martha, they have six grandchildren and five great-grandchildren. They attend the First United Methodist Church in Union City where Mr. Rippy served as Chairman of the Building Committee, a member of the Board of Trustees, Chairman of the Administrative Board, and other various boards and councils. He is a member of the Character Builders Sunday School Class. 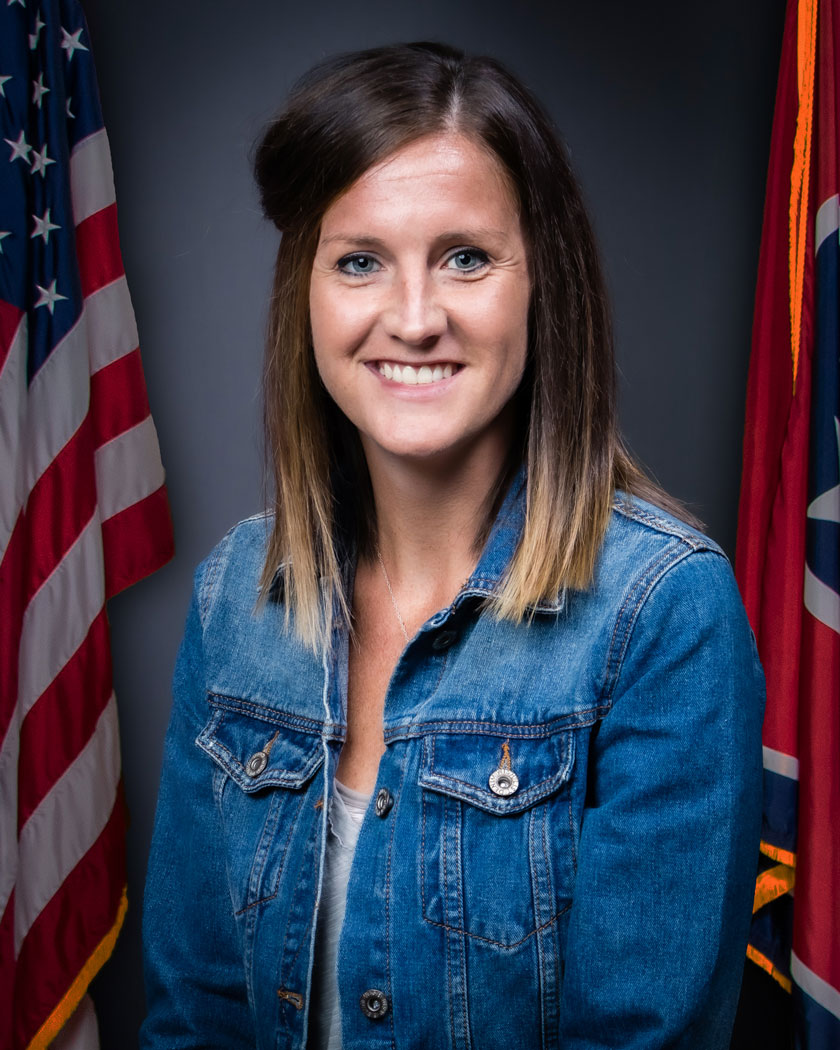 Daughter of Barry and Janet Keathley of Union City. She is a 2006 graduate of Union City High School and a 2010 graduate from the UT Martin with a Bachelor’s Degree in Communication (with an emphasis in Public Relations) and a minor in Marketing. In 2017 she joined the team at Fuller Partners Real Estate Inc., as an Affiliate Broker, specializing in residential and commercial purchases and sales. Ms. Keathley was first elected to Union City Council Ward 2 in November 2016. Past accomplishments include 2014 graduate of the Adult Leadership Obion County, 2014 graduate of Co-Starters, 2014 graduate of Tennessee Chamber of Commerce Executives and 2015 graduate of WestStar Leadership. Ms. Keathley is heavily involved in the local community including serving as a board member of the Zoning and Appeals Board, Union City J’Cettes, Main Street Union City Board of Directors, WestStar Obion County Alumni Council, Chimes for Charity Board of Directors and the tech crew at Second Baptist Church. 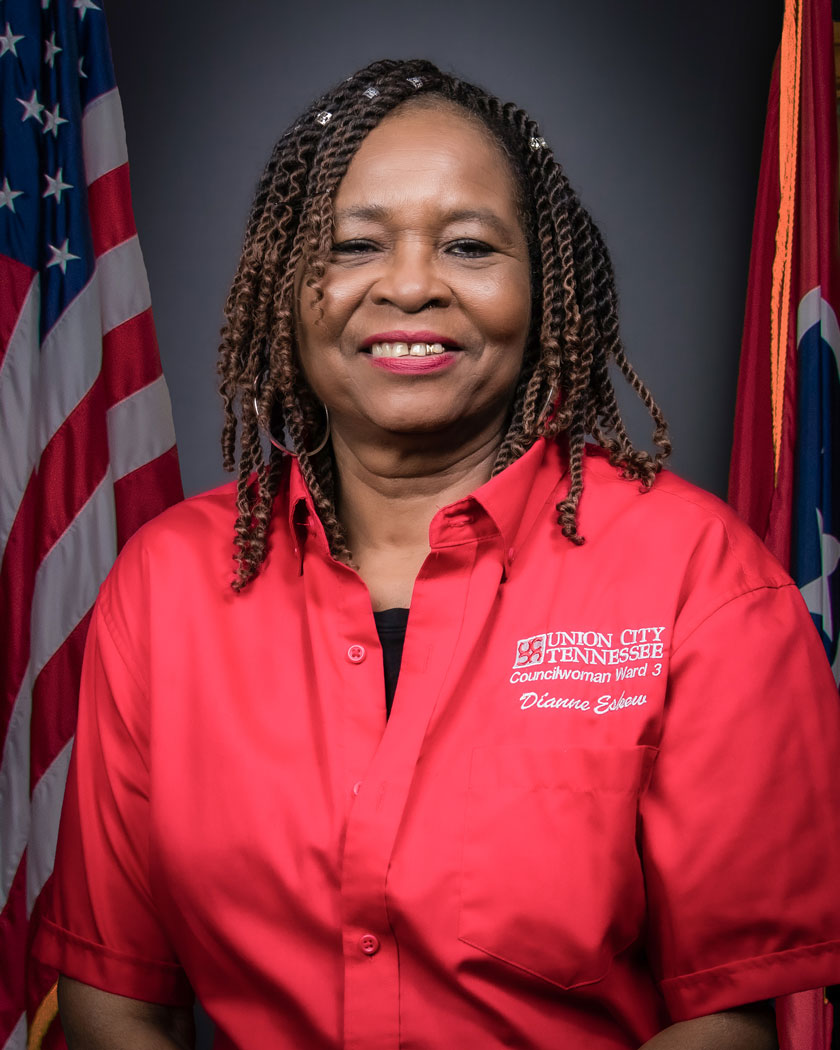 A lifelong resident of Union City, Diane is married to Larry and has two children, five grandchildren. Retired from Baptist Medical Center in Union City following 30 years of employment. Currently, Diane is employed as a nurse for Dr. James C. Hall, Cardiologist. She is a member of Brown’s Chapel AME Church and serves as church secretary as well as a member of the Usher Board and Steward and Stewardess Board. Mrs. Eskew is the first black female to be elected to the Union City Council and has served since 2000. 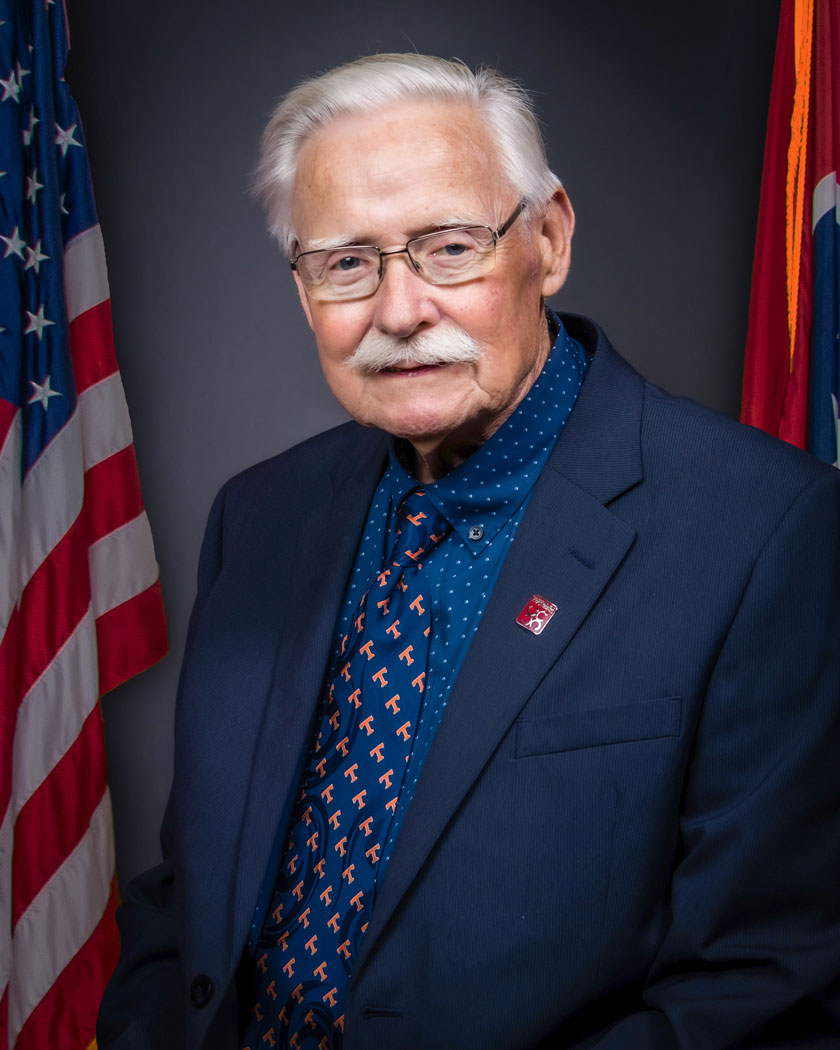 Born and raised in Obion County and lives at his present residence since 1968. Mr. Tucker served in the U.S. Army and retired from Goodyear Tire & Rubber Company with 31 years of employment. Married to Jo Ann since 1966, they have two sons and three grandchildren. Frank attends Calvary Baptist Church where he teaches Sunday school, serves as a Deacon for 28 years and Treasurer for 23 years. 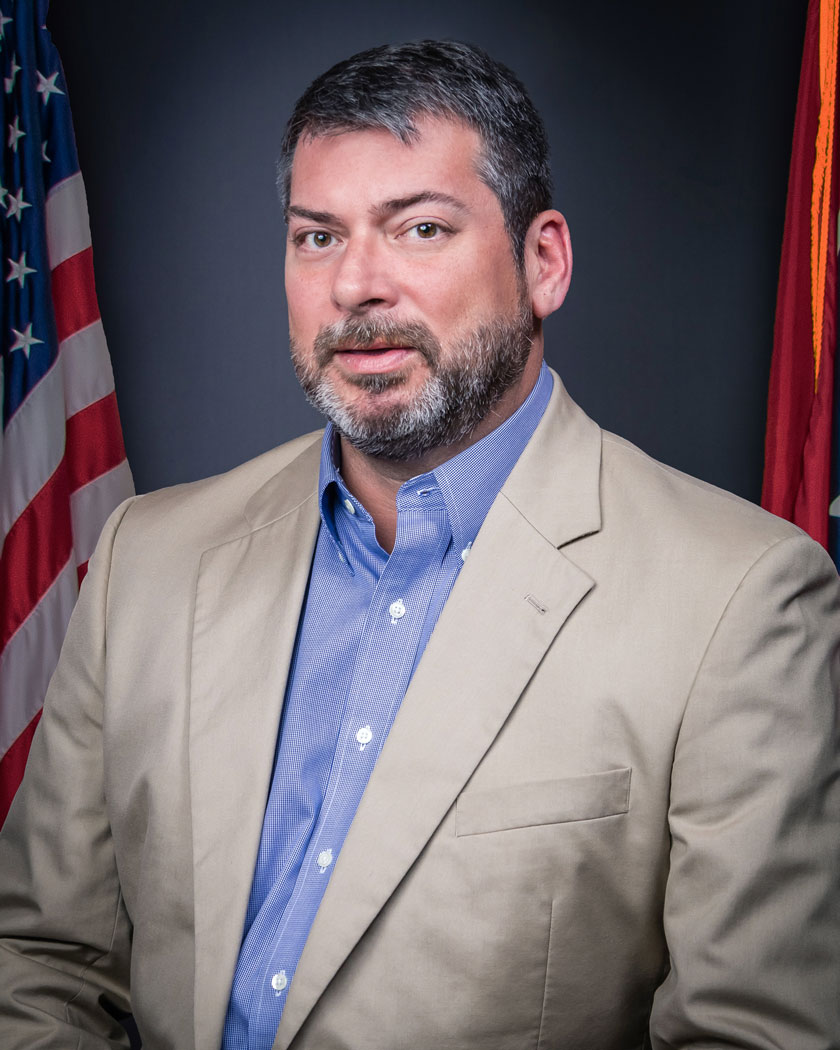 A Union City native and graduate of Union City High School as well as The University of Tennessee at Martin with his B.S. in Business Administration. He was previously employed in the medical sales field and since 2003 has been with Fuller Partners Real Estate in Union City as an affiliate broker representing commercial, farm and residential properties. Mr. Douglas was previously appointed to fill a vacancy in Ward 1 of the council serving from 2005-2006 and elected again representing Ward 5 in 2012. He is a former member of the Union City Jaycees, past member of the board of The United Way of Obion County having served as Drive Chairman, and served as President of Main Street, Inc. in Union City. He is currently a member of the Union City Rotary Club, serves on the Industrial Development Board of Obion County and is a member of the TN Association of Realtors, and the Reelfoot Regional Association of Realtors with the position of 2014 Director.